Heart disease has been dubbed as a life-style disease which occurs especially in city people, who (due to lack of time as well as will power) do not exercise at all, do no physical work, eat junk food very often, sleep very late at night, eat dinner also very late-often after 9 or 10 p.m., eat very heavily at night and then go to sleep.Lakhs of people are suffering from heart disease these days. In people aged 50 years, it has become very common, but even in younger ages of 25 years onwards especially among males, the prevalence of heart problems is rapidly increasing. The commonest heart problem is hypertension (called high B.P. in common parlance) and raised blood cholesterol levels. Almost one third to one half of the urban male population in urban areas, particularly in metro cities suffer from these twin problems. And as age advances, blood pressure and cholesterol levels rise, leading to ‘arteriosclerosis’ (hardening of arteries) and to sudden heart attacks. Women are naturally protected from heart disease during pre-menopausal age due to their estrogen hormone, but once they cross menopause age, the estrogen levels drop very sharply which deprives them from natural protection, and they also become prone to heart ailments. Nevertheless, heart attack is a pre-dominantly male disease. And when it occurs in age-groups upto age 60 to 65, it leaves a bitter tale behind. 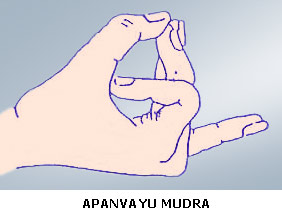 Heart attack comes suddenly without any warning, though symptoms of heart disease start appearing much earlier. Suddenly, there is severe pain in chest, sweating and pain in left arm; blood supply to heart is obstructed by a clot, and life is in danger. Any delay in medical response to heart attack increases the risk of death very sharply. Unfortunately, in a majority of cases the attack comes in morning-particularly during 2 to 6 am, when the whole world is asleep. Doctors are also sleeping at that time. And the patient has to be rushed to hospital. Suddenly, there is panic all around. Doctors advise that in case of heart attack a Sorbitrate tablet should be placed below the tongue of the patient before rushing him to the hospital, so as to avoid damage to the heart muscles. And even then, the patient must be rushed to hospital in shortest possible time.

Heart disease has been dubbed as a life-style disease which occurs especially in city people, who (due to lack of time as well as will power) do not exercise at all, do no physical work, eat junk food very often, sleep very late at night, eat dinner also very late-often after 9 or 10 pm, eat very heavily at night and then go to sleep. Since, it is a life style disease, it can obviously be regressed if we start caring for our life style. But, alas, the modern young generation, though aware of the harmful effects of a sedentary life style and eating of junk food and also aware of health benefits of exercise, does not care. They have no time to exercise, to eat properly and are subjected to anxiety and pressure all the time. Given this situation, I am suggesting a Very Easy and Sure Way, firstly to keep your blood pressure and cholesterol under check, and secondly, to avoid complications like heart attack. In Yoga, we have developed a number of Mudras to avoid various diseases and to mitigate their effects. These Mudras are made by manipulating the fingers of our hands. They have wonderful effect on body and mind. I am describing here “Apan Vayu Mudra”, which mitigates heart disease, and is highly effective even in case of heart attack. This Mudra can be made in this manner – fold the index finger of your hand, and press it to the base of the thumb. Next, touch the finger tips of the middle finger and the ring finger together with the tip of the thumb, and keep the little finger straight. Mudra has to be made by both the hands. Its effect is magical in case of heart attack; it works like a Sorbitrate tablet, and serves better than even a powerful injection. It will not cause damage to the heart, and one can safely go to a hospital in this Mudra, without any panic.

When we do Apan Vayu Mudra, we have done four things. By folding the index finger, we have reduced air element which immediately relieves pain in the heart. By touching the finger tips of thumb, middle finger and ring fingers, we have increased fire element (heat), space and earth elements. By increasing heat in the body, the impurities in the blood are being removed, by increasing space element, we supply more oxygen to heart arteries, and by increasing earth element, we have increased the muscle power of the heart. That is, by a very simple manipulation of our fingers, we have simultaneously made a four-pronged mechanism to save from the rigours of a heart attack. The patient can easily be transported to a hospital, without causing any damage to heart. Doing Apan Vayu Mudra in case of heart attack is like a very effective emergency treatment. Apan Vayu Mudra is useful in a large number of other cases, as under:

Before I conclude, I must tell you about the symptoms of heart attack, because, more often than not, we do not know what are the symptoms of a heart attack. The heart is in the centre of the chest, not in the left, as we usually believe. The most common symptom of a heart attack is discomfort in the centre. This is not normally a sharp pain, but a sense of pressure, fullness, squeezing or aching. It is caused by a lack of oxygen in the heart muscle, and may be mild, moderate or severe. The discomfort may or may not radiate through the whole chest. It may subside in a few minutes or a few hours. It can return hours, days or weeks later. Do Not Be Falsely Reassured by temporary stopping of pain.

Discomfort may extend into one or both arms, or may appear in arms alone and not in the chest. Chest pain will not be aggravated by raising your arms. If it is aggravated in this way, it is not heart attack.

Pain may radiate to neck and jaws on one or both sides and in front or back. Turning the head or bending the neck will not aggravate chest pain; if it aggravates, it is not heart attack- it may be cervical pain.

Pain or discomfort may not occur in chest; it may occur in upper abdomen below the diaphragm; it may be fullness or pressure and is often mistaken for indigestion or acidity. It usually spreads to ribs of the lower chest. Nausea and vomiting may also occur with this pain.

Pain may also occur in the back located, nor in lumbar region, or cervical region, but between the shoulder blades; often mistaken for pressure from over-exertion.

Thus, pain can occur only in the chest, or only between shoulder blades or only in the arms or in the upper abdomen or may occur simultaneously in all these areas or may occur in various combinations. Shortness of breath, suffocation or cold sweating may occur with heart pain or may not. Pain in the left side centering around nipple is generally not a sign of heart attack.

Whether it is heart attack or not (i.e. you are not sure what is happening), do Apan Vayu Mudra immediately; it will relieve pain and other symptoms immediately. As already mentioned, this Mudra will ameliorate not only heart pain but also gastric pain, acidity, heart burn, dyspoena (shortness of breathing with pain), headache, rapid palpitation of heart, etc, and it will not cause any side effects or other complications. Even a perfectly healthy person can do this Mudra, without any side effects.

Also remember, heart pain is usually worse by lying down. So, if you get chest pain or heart attack, do not lie down, just sit up. Very often, we just suffer a momentary stab-like pain in the chest for a few seconds only. This may also be an heart attack and we may suffer such minor heart attack, very often, without being aware of it. To avoid such condition, we must adopt a healthy life-style- take meals on time; take dinner always before 8 p.m., take home cooked food; avoid heavy dinner, go for a walk regularly or do yogasanas or pranayam as suggested by a Yoga teacher. Prevention is always better than cure. But, if you have any problem with your heart, do Apan Vayu Mudra daily till your heart functions normally.