The word Trataka means ‘to look’ or ‘to gaze’. It is last of the shat karmas. It acts as stepping stone between physically oriented practices and mental practices which lead to higher states of awareness. It forms a bridge between Hatha yoga and Raja yoga. 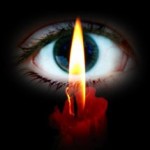 Hatha yoga is described in the early yoga Upanishads and for the first time it has explained shatkarma. It is a very precise and systemic science. ‘Shat’ means ‘six’ and ‘karma’ means action. The shat karmas consist of six purificatory practices. The aim of Hatha yoga and shat karmas is to create harmony between the two major pranic flows ‘ida’ and ‘pingala’, thereby imparting physical and mental purification and balance.

According to both Hatha yoga and Ayurveda, an imbalance of the doshas will result in illness. The shatkarma are also used to balance the three doshas or humors in the body. These practices are used in order to purify the body of toxins and to ensure safe and successful progression along the spiritual path.

The word Trataka means ‘to look’ or ‘to gaze’. It is last of the shat karmas. It acts as stepping stone between physically oriented practices and mental practices which lead to higher states of awareness. It forms a bridge between Hatha yoga and Raja yoga. Traditionally, it is a part of Hatha yoga but it may also be considered as a part of raja yoga.

It is an external concentration practice in which one gazes steadily at some small object without blinking, while the eyelids are held slightly more open than usual. The practice is continued until the eyes strain and water. They should then be dosed and the eyes rolled gently a few times, followed by rinsing them carefully and gently with cold water. The purpose of this practice is to coordinate the impulses of the sensory and motor nerves, which assist in producing a state of calmness and tranquility necessary for concentration. Types of Trataka: There are 2 kinds of Trataka

– where one fixes their gaze on an external object.

– where gaze is at the third eye (inward and upward). Or the inner celestial spaces such as chidakash or hridayakasha.

Bahiranga Trataka
By placing a candle at eye level 2 to 3 feet away and sitting in a meditative posture, practicing kaya – sthairyam (steadiness of body) With the intention of being detached from all thoughts arising in the mind. Now begin gazing steadily without blinking at an object such as a still candle flame or symbol like ‘ohm’.

If eyes become strained, imagine that the breath is through the mid – eye brow centre to Ajnachakra. Then when the eyes are closed to rest, the subtle form is seen in the mental space, naturally leading to Antaranga Trataka.

It is important to choose carefully what is the object for focus as a deep impression is made on the mind any many subtle energies and influences are aroused by the practice.

Antaranga Trataka
One pointed concentrated focusing on an object seen within the inner celestial spaces of mind. The preparation is the similar to Bahiranga Trataka.

Step 1. Effortless gazing or focusing at flame
Step 2. Intensive focusing at the tip of the wick of the flame
Step 3. De-focusing followed by Silence

Benefits of Trataka:
1. Physical
It keeps away the eyestrain by strengthening the eye muscles and by giving deep relaxation to them. It makes the eyes clear, bright and radiant. It cleanses the tear glands and purifies the optical system.

Sympathetic and parasympathetic nervous system:
A shift of autonomic balance from sympathetic to parasympathetic predominance was indicated and diminution in central activity shuts out the inner and outer world’s of the practitioner and keeps in a state of alert awareness, which may lead to higher state in yoga.

Conclusion:
Trataka is a very effective procedure with multidimensional benefits at physical, mental and spiritual aspects. For effectively counteracting the increased instances of psycho – somatic illnesses occurring now a day, this procedure should be popularized in the society for practice by one and all.